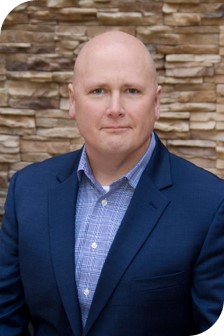 A Conversation with Rush Blakely

The FCC has been busy formulating and opening comments to new broadband regulations. We sat down with Rush Blakely, President of RealtyCom Partners to discuss some of the recent happenings.

Q:  Let’s talk about the recent FCC Notice of Proposed Rulemaking (“NPRM”).  What is the NPRM?

A:  The NPRM seeks comment from industry and other stakeholders on what rules the FCC should consider to promote competition in Multiple Tenant Environments (“MTE’s”) – including multifamily and commercial buildings.  The FCC is looking into certain types of agreements between providers and owners, specifically whether agreements that contain revenue sharing or provide for exclusive use of a provider’s home-run, are barriers to broadband competition in MTE’s.  Further, the FCC seeks comment on certain types of rooftop and distributed antenna system agreements.  Several of these items and more were brought up by the FCC in their Notice of Inquiry in 2017 on which, RealtyCom, NMHC and many multifamily owners filed comments.

Q:  What is RealtyCom’s view on the NPRM?

A:  Like the NMHC and other multifamily owners and associations, we feel the marketplace is working and providing residents with the choice of providers they desire in MTE’s.  A review of our database which includes more than 500,000 apartment units across a broad mix of affordable, senior, market rate and luxury apartment homes, found that in 96% of the properties, have at least two (and in some cases three or more) broadband providers serving the property – despite whether revenue sharing or exclusive wiring use arrangements exist.  So we feel the FCC should focus on areas in the country where broadband competition is indeed an issue, and that is not in America’s apartment communities.

Q:  So what should property owners do?

A:  Owners should definitely be in contact with trade organizations, including the NMHC and NAA, who filed comments on behalf of members and other associations.  While the initial comment period ended at the end of August, there is a reply comment period that extends through the end of September.  If you have not participated and want to, please reach out to us at info@realtycompartners.com or NMHC’s Kevin Donnelly at kdonnelly@nmhc.org.

Q:  Let’s turn our attention to the FCC’s Partial preemption to the San Francisco Mandatory Access Ordinance.  What did the FCC rule on this matter, why is it important?

A:  The FCC partially preempted the San Francisco Mandatory Access Ordinance on the specific part of the ordinance which required providers to share wiring. RealtyCom, multifamily owners, NMHC and others argued for this preemption based on evidence that shared wiring was not technically feasible and would create a whole host of issues for multifamily owners and residents.  The FCC has left the balance of the Ordinance intact.  They went on to seek comment on state or local regulations or policies that were successful in improving competition to MTE’s and to state that they welcome state and local experimentation, so long as those efforts to not conflict with federal policy.  This is an important decision since the providers would have no interest in building to or investing in enhancements to older infrastructure if they were going to be forced to share wiring with other providers.

Q:  The FCC has made recent changes to the rules for Over the Air Reception Devices (“OTARD”).  Can you give us some background on what the OTARD rules are?

A:  The OTARD rule came into effect to allow renters and other occupants of MDU’s to get video programming via an over the air reception device (antenna, dish, etc.) without having to get permission from their property owner or manager, so long as the device was not affixed to the building or property in any way and was completely within the renter’s leased space.  A common use was mounting a dish on a tripod in the terrace or deck, or on a pole in a bucket of concrete, which would not interfere with the owner’s property or roof warranty.

Q:  What changes is the FCC making with regard to OTARD?

A:  When the OTARD rule came out, the Internet was in its infancy.  Small wonder then, that the FCC is seeking to update aspects of the original rule today, however their intention seems to be shifting from consumer reception equipment to carrier hub facilities – and unlike the original intent of OTARD, there no longer has to be an individual recipient on the property that benefits from the antenna.

Q: Then how would these changes affect property ownership rights, or the telecom revenue sharing plans in place at properties throughout the U.S.?

A: Our concern is that this would seem to circumvent the traditional relationship between a property owner negotiating for access to a private property and allow additional reception devices onsite. RealtyCom expects to provide further comment to the FCC on this issue once their intentions and proposed rulemaking become clear.